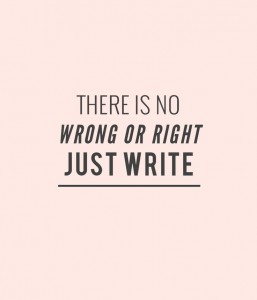 The above quote could end with “Just do it.” Whether you’re writing or putting plans in motion for that business idea you’ve always had, just do it. We’ve been captivated by Rework, a book from the founders of 37Signals. The successful business leaders debunk the traditional corporate ideals that society has had a tight grip on for decades. They say planning is guessing, less is more, and meetings, what meetings? Those gatherings can be toxic to a working environment. Yes, there is a time and place for these more traditional business norms, but for the most part, business dealings, projects and ideas tend to fall into place organically, so why sweat the small stuff? Policy overload and bureaucratic red tape can kill creativity, productivity and morale.

This book is good for people thinking about or just starting their own business, but it’s also great for anyone seeking some inspiration and guidance to follow through on a project

The key is when you feel inspired, go for it! Chances are if you let those energetic feelings subside after that initial “aha” moment, you may never get going on your dream. “When you’re high on inspiration, you can get two weeks of work done in twenty-four hours,” write the authors (p. 271). “Inspiration is a time machine in that way.

“Inspiration is a magical thing, a productivity multiplier, a motivator. But it won’t wait for you. Inspiration is a now thing. If it grabs you, grab it right back and put it to work.”

The book encourages you to approach your business or idea like an architect. An architect doesn’t “worry about which tiles go in the shower or which brand of dishwasher to install in the kitchen after the floor plan is finalized.” … “Details make the difference. But getting infatuated with details too early leads to disagreement, meetings, and delays. You get lost in things that don’t really matter. You waste time on decisions that are going to change anyway. So ignore the details – for a while. Nail the basics first and worry about the specifics later” (p. 74).

This idea applies to writing, and eventually publishing your work. Hundreds or thousands (or if you’re really fortunate millions;) ) sets of eyes on your work with their minds considering, analyzing & reviewing your work can be a frightening thought. After all, we all seek inclusiveness and the need to be liked. Worrying about what others might think can be a road block for many aspiring writers as you focus too much on details in the beginning. Our own Jerry Fitzpatrick had to overcome the worry of what might transpire by telling the truth – both in his professional and personal lives. He let go of worry and just started writing. The reward for writing honestly has been worth so much more than the worry.

Just do. Just write. You can always edit later. No first draft of any writer, even the most prolific and successful authors, is the final draft. Editing and rewriting is all part of the writing process. But first you have to get your story on the page so that process can begin. So go run with your inspiration on the page. What are you waiting for? 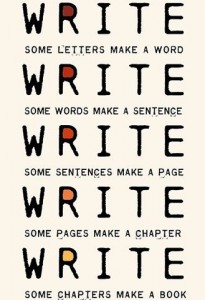