You are here: Home > Catching up with Poet Justin Booth

Poet Justin Booth has been a busy man this year, traveling to New York, California and in between to see the world, share his works and promote his latest collection of poems, “The Singer, The Lesbian and The One With the Feet,” and the book of prison letters compiled by his friend and mentor, Marsha Camp – “Birth of a Poet: The Prison Letters of Justin Booth.” 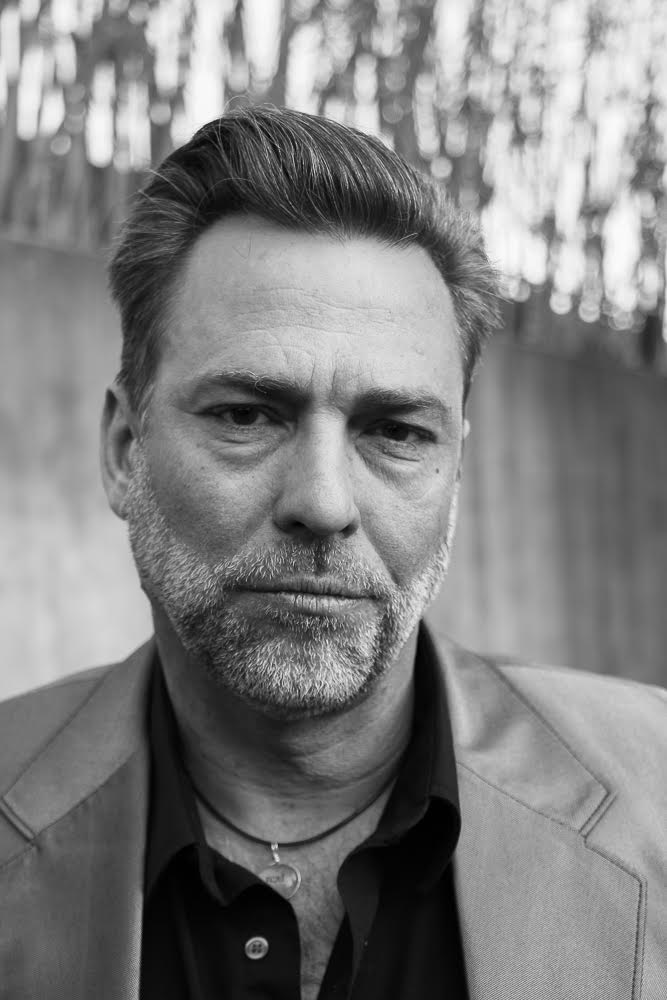 We caught up with him at HarvestFest this past weekend in Little Rock’s historic Hillcrest neighborhood.

What are you up to these days since the release of “The Singer, The Lesbian and The One with the Feet?”
Well of course I have been traveling, doing readings as far away as NYC and Sacramento, but I write still every day. I have been more focused lately on a sort of fictionalized memoir centering on a character named Ethan Blue. He is a dark character, he drinks a little too much, used to be a junkie but now is a struggling to-be-known writer with family issues and other day-to-day challenges I think most people can relate to. It should make for a good read. I have had good feedback with some readers I trust with unfinished work. I really have been all over the board with my time lately, playing guitar, dabbling in some painting. I did a couple of short films, that was a lot of fun.

Tell us about your latest film endeavor. How did your involvement come about?
I suppose social media makes the world a very small place. An Arkansas director knew of me, or my writing I guess, or maybe more accurately, knew of the persona, the way people imagine me based on my poetry and posts. Anyway, he contacted me, I collaborated with some great guys from Nashville, we wrote a script and I took the lead role. I hadn’t acted since high school. A fun a few weeks later I went to Nashville and did another – any excuse to see Eric Byford who directed, or my buddy Patrick Raines who was my good times wrangler during production.

What is something about the film world that surprised you?
These guys are hard working guys with a very costly medium as artists. They work hard and spend every penny they make on the next project. What they do, though, cinema as art, is intoxicating. I was surprised at how much I want to make a movie. One of my own, beginning to end.

How did it feel to play a part?
It was not so strange to me. I write “outloud” speaking as I act out characters and voices as they grow on the page. When Gerry Bruno asked me, I told him being an actor wasn’t so different from being a drug addicted liar, and I had already done that.

Do you foresee film projects in your future?
I can’t say much, but I have a project that would be like performance poetry thing, and I hope to make a film with Byford and Raines based on a short story I wrote called “Hatchet Job.”

What current projects are you working on?
I hope to release a mixed bag of poetry and short stories by year’s end or soon after.

How’s the poetry world?
Great really. I mentioned earlier about going out to Sacramento, reading with Silva Merjanian, Sharon Frye, and a host of other great voices. I stayed with Martha Kight and spent time with J.T. O’Dochartaigh – just surrounded by wonderful poets. Anyway, it was a Phillip Larrea event and he does anthologies of his guests each year, releases it on the day of 100,000 Poets for Change. I got my copy in the mail the other day and I’m reading and am blown away at the level of writing. I think of other poets that I’ve been lucky enough to read with – Puma Perl, Donnie Lamon, Michael Clay, or even just know online like Brenden McCormack. I am a jealous poet and that always makes me work harder. The poetry world thrives, of that I am sure.

How do you hope to continue making a poetic impact in the world?
That’s the $64,000 dollar question that haunts us all isn’t it? I suppose my only chance is to keep writing, to keep being jealous of my fellow writers and try to write a better one next.